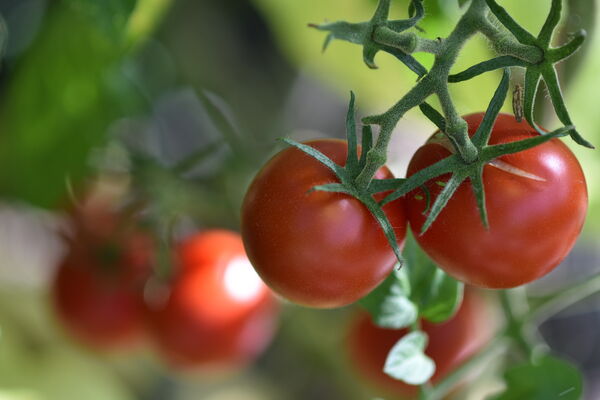 Biased from the outset: The EU Commission’s “working document”

In April 2021 the EU Commission published a “staff working document” calling the EU’s genetically modified organism (GMO) regulations “not fit for purpose”. In the document, the Commission makes suggestions that could lead to a proposal to exempt some crop plants produced with “new genomic techniques” such as gene editing from the requirements of the regulation. Such deregulation could mean that there would be no safety checks, GMO labelling for the consumer, traceability requirements, or post-market monitoring.

We, the undersigned NGOs, peasant farmer organisation, and business and trade associations strongly oppose the proposals in the Commission’s document, on the grounds that deregulation of new GM techniques would pose unacceptable risks to human and animal health and the environment. Deregulation would also prohibit citizens from knowing what they are eating and farmers from knowing what they are sowing. The Commission’s proposals cross red lines regarding biosafety, transparency of information, and consumer protection. They should be rejected.

In the event that something went wrong – if, for example, consumers of new GM foods suffered allergic reactions or toxic effects, or if there were unintended effects on wildlife – the removal of labelling and traceability requirements would mean that the cause could not be identified.

Our objections to the document and the consultation that gave rise to it are listed here.

The Commission’s consultation was biased: The consultation process that led to the document was biased from the outset, with the vast majority of inputs (74%) coming from the agricultural GMO industry.

The Commission relies too much on the unverifiable promises of the industry: The Commission claims that plants engineered with new GM techniques could contribute to sustainability goals. However, this claim is not substantiated and relies on unverifiable promises by GMO developers and associated lobby groups. According to the Commission’s source, the Joint Research Centre (JRC), the vast majority of the promised
plant products identified in the JRC survey of GMO developers are in research and development stages, which could be far from commercialisation or never be commercialised at all. The term “vapourware” comes to mind: In the computer industry, this is hardware or software that is announced but not yet available to buy, typically because it is still in the research and development phase – and may never appear at all.

The Commission misleadingly downplays the dominance of herbicide tolerance in new GM crops: Out of the new GM plants that the JRC classifies as at the precommercial stage, the largest trait group – six out of 16 plants – is herbicide tolerant. Of these 16, two were engineered for biotic stress tolerance (stress due to living organisms such as plant pests and fungal diseases) and none for abiotic stress tolerance (stress due to non-living factors, such as extreme weather and saline soils), compared to the six modified for herbicide tolerance. These numbers counter claims by the agricultural biotech industry that new GM crops could help agriculture adapt to climate change.

Scientific evidence pointing to the risks of GM techniques

The Commission ignores a large body of scientific evidence and analysis pointing to the risks of new GM techniques. Gene-editing techniques are not precise and can cause off-target mutations (at locations in the genome other than the intended edit site) and unintended on-target mutations (at the intended edit site of the genome), with unpredictable consequences – potentially including unexpected toxicity or allergenicity.

The mutations induced by gene-editing processes are different from those that occur in random mutagenesis breeding and those that occur in nature or with conventional breeding, since gene editing can access areas of the genome that are otherwise protected from mutations.

There is no scientific basis for deregulating whole classes of new GM techniques and their products. The risks of these techniques were fully acknowledged by the pharmaceuticals sector during the Commission’s consultation, which warned, in the Commission’s paraphrasis, that “the technology is not without risk and that products should undergo risk
assessment”. Yet we are expected to believe that deregulating these same techniques in the food and agriculture sectors would be safe.

The Commission uncritically follows the GMO industry’s “wish list” for deregulation. GMO developers and associated lobby groups (such as ALLEA, EU-SAGE, EuropaBio, EPSO, Euroseeds, Plants for the Future European Technology Platform (ETP), and the “big farmers’” lobby organisation COPA claim that there should be ‘nondiscrimination’ between conventional and gene-edited products because the mutations induced by gene editing could also arise in nature or during conventional breeding
programmes, so gene-edited products are no riskier than natural or conventionally bred products. The Commission’s document comes to a strikingly similar conclusion.

But this argument is false and misleading. New GM techniques may induce a single base change that could also occur in nature – but they can also induce changes that do not occur in nature. Gene-editing applications can target several genes at once, or be used in repeated applications, resulting in changes that would be extremely difficult or impossible to achieve using chemical- or radiation-based mutagenesis or in nature. However, risk is
not dependent on the size of the intended change – large risks can result from small changes, and vice versa.

In accord with the lobby groups’ demand for new GM products not to carry GMO labels, the Commission makes no statement supporting labelling, leaving the door open to ending consumer and farmer choice by the removal of GMO labelling from new GM foods and seeds.

Missing protection for consumers and the environment

Deregulation of new GMOs would leave consumers and the environment unprotected. GMO developers and associated lobby groups argue that existing alternative legislation governing food, environmental protection, and seed quality is sufficient for ensuring safety and establishing liability in case things go wrong with a new GMO. However, these laws do not provide for a health and environmental risk assessment. And seed testing is only for distinctness, uniformity, and stability (DUS) – not
for food or environmental safety.

Food processors and traders seem to demand contradictory outcomes – a contradiction that the Commission fails to address. The food processors and traders want to have it both ways: Easier access to new GM products (therefore deregulated), but still with full guarantees of safety and without any risk for their consumers and markets. They argue for a differentiated regulatory framework, but not clearly for full deregulation.
However, these arguments run counter to the warnings of numerous independent scientists that gene-edited GM plants pose different risks from conventionally bred plants and all (without exception) need to be subjected to a detailed risk assessment that is not restricted to the intended trait but also recognises the inherent risks of gene-editing processes.

The Commission falsely claims that new GMOs cannot be detected. This is in spite of evidence from the plant breeding sector that identification of plant varieties is already being done using biochemical and molecular techniques. There is no reason why new GMO varieties would be different. Indeed, the Commission states in its own Implementing Regulation on crop varieties that use of these techniques “enables certification authorities to identify the plant variety on the basis of laboratory analysis”. While it is not yet possible to identify the method by which the variety was generated, this has never been a requirement of the EU’s GMO regulations.

While unknown new GMOs would prove more of a challenge to detect, this is not a new problem, nor is it unique to new GMOs. Unknown GMOs have likely been missed for some time, but the inability to detect all GMOs does not justify abandoning attempts to apply the GMO legislation. Also, crucially, detection of GMOs does not rely only on laboratory detection methods, but also on documentation and traceability throughout the supply chain – just as with organic and fair trade products.

The Commission has over many years refused to fund the EU’s GMO detection laboratories to work on developing detection methods for new GMO – yet now argues that new GMOs cannot be detected. This is a self-fulfilling prophecy based on the Commission’s inaction. It must commit to mandating and funding such work, in order to protect food safety standards.

It is, in reality, about patents

Although the Commission has accepted at face value industry’s argument that new GM is about adapting to climate change and reducing pesticides, it is, in reality, about patents. The patent landscape is currently dominated by Corteva, which controls access not only to its own patents, but also to many other patents needed by breeders who want to use CRISPR/Cas technology. While the Commission claims that deregulation would benefit small- and medium-sized enterprises, in practice, it would simply promote the quasi-monopoly of Corteva.

In conclusion, the planned changes in the GMO legislation are disproportionate, since they will have a serious impact on the interests of consumers, farmers, breeders and food producers, but any potential benefits are likely to be minor or insignificant.

New GM techniques must be kept under the existing GMO regulations, which must not be weakened but strengthened (via additional risk assessment guidance) in order to maintain and improve protections for human and animal health and the environment.

The EU Commission and governments should step back from promoting and deregulating the new generation of GMOs and instead prioritise public and political support for sustainable farming systems like agroecology and organic farming. These farming approaches have been proven to preserve biodiversity and adapt to extreme weather conditions. By their very nature, they contribute to the aims of the Farm to Fork strategy to reduce the use of pesticides and artificial fertilizers.

The Commission should also mandate the development and application of already available biochemical and molecular plant variety identification techniques to detect all known new GMOs entering the marketplace.

To find out more, please read the full text. 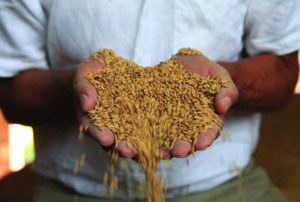 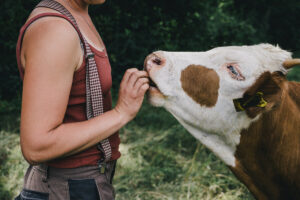